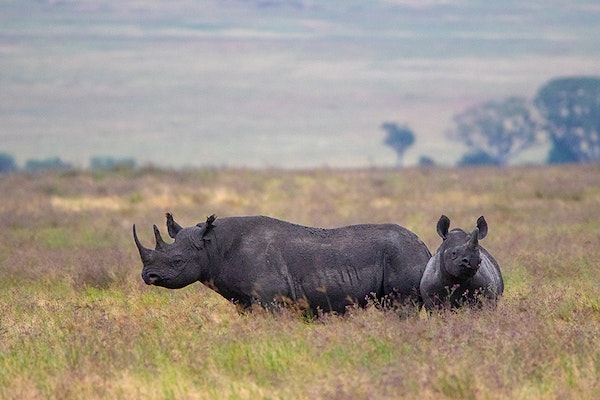 The jewel in Ngorongoro's crown is a deep, volcanic crater, the largest unflooded and unbroken caldera in the world. At 600m deep and around 20kms across for a total of 300km's2, the Ngorongoro Crater is a breathtaking natural wonder.

The Ngorongoro Conservation Area is a protected world Heritage site. It is located 180km west of Arusha in the crater highlands area of Tanzania.

It contains a seasonal salt lake in the center of the Crater, known as Makat or sometimes Magadi (meaning salt in Masai).

There is picnic site on the edge of a large swamp inhabited by Hippopotamus. You are able to get quite close to the Hippo's but should do so with supervision.

Ngorongoro Crater contains around 25,000 large animals, mostly Antelope, Buffalo, Zebra and Wildebeest. It is one of the few parks that contain Black Rhinoceros. Although the Crater is considered a natural enclosure, at least 20% of the Wildebeest and 50% of the Zebra leave the Crater during the wet season. 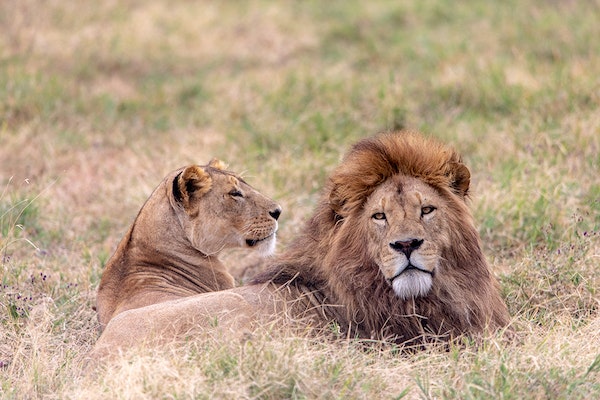 The Crater Lions is one of the densest numbers known in Africa. A side effect of the Crater being a small natural enclosure is that the Lions are significantly inbred. Few male Lions migrate to the Crater, the local Masai will will them if they venture too close to their livestock. Those that do, then have to compete with the local Lions who expel any outside visitors.

A superbly beautiful place and well worth a visit. It is especially pretty when there has been a little rain.