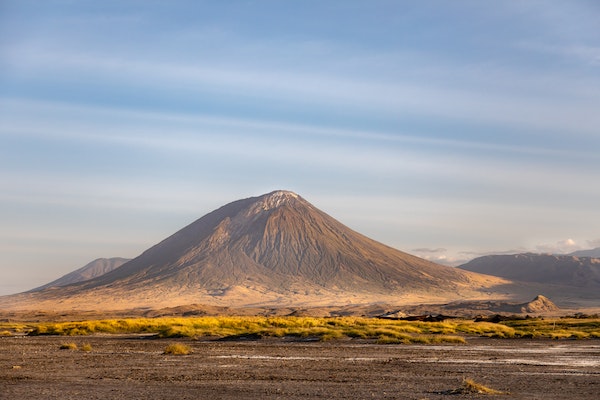 Ol Doinyo Lengai is known the Masai as "Mountain of God. It is a sacred and stunning active Volcano situated south of Lake Natron in the eastern rift valley of North Tanzania.

At 2,878 metres, Ol Doinyo Lengai, is the only known Volcano in the world that sometimes erupts natrocarbonatite lave, a highly fluid lava that contains almost no silicon. This lava is much cooler than other lava's, and during the day most of the lava looks like fluid black oil. Apparently, when erupting, the lava flows resemble mud. Natrocarbonatite lave turns white when in contact with moisture, during the rainy periods, the lava turns white almost immediately.

Mount Ol Doinyo Lengai also has phases of explosive activity where ash and rocks are ejected into the air. The two most recent actual eruptions were in 1966-67 and 2007-2008. Almost without fail, every seven years Ol Doinyo Lengai erupts and plumes of smoke billow out of the crater. At other times, it is possible to walk down into the crater, almost to the edge of the molten lava flows.

To the north lies the hot barren salt flats of Lake Natron, and beyond that, the Kenyan border. The day temperatures by the lake often exceed 40C and few animals survive here. With the exception of the magnificent Flamingo. There are a group of resident Flamingo all year round and during the breeding season in August/September, the numbers swell to hundreds of thousands of breeding pairs.

This is a stunning and remote area and well worth a visit. 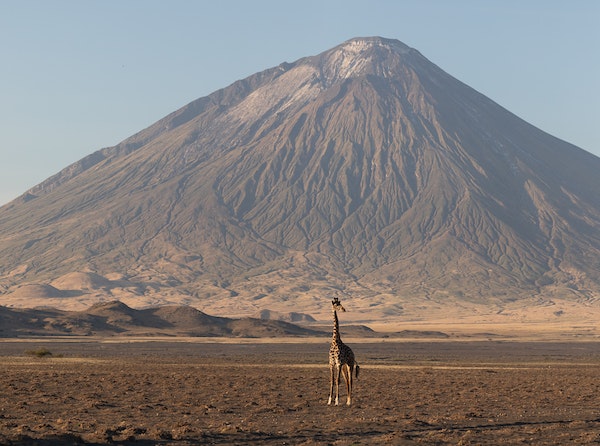