Ruaha is a park on the Southern circuit of Tanzanian parks, its relative inaccessibility means that it gets fewer tourists than Selous and less than any other comparable park in the Northern circuit of parks. Ruaha features a wild landscape with baobab studded hills and rocky escarpments. It boasts superb wildlife and has a large predator concentration as well as huge elephant and buffalo herds.

Ruaha is Tanzania's largest National Park. It covers an area of 13,000km2. It is an excellend complement to Selous and the safaris are some of the best you will find the country. It is a wild and authentic environment that remains relatively untouched. Ruaha is one of Tanzania's best-kept secrets. The lion viewing around the Mwagusi area is especially rewarding, and general predator concentrations across the park are equal to or better than any of the parks in the country. Ruaha has all of the predators, with excellent numbers of lion, leopard, cheetah, wild dog and hyena.

Ruaha is believed to have the highest concentration of Elephants of all the National Parks. Because of the enormous number of elephants in this park, most camps have decided not to offer walking safaris. But those that do have superb guides and offer amazing walks.

Ruaha is a classic dry season park, and game gets progressively better towards the end of the dry season. The beautiful Ruaha River runs through the park, it is full of hippo in fresh water, and a great attraction for the many animals of the park.

Ruaha is an isolated park, and to get there is a long drive (very very long). I have driven to this park and have no desire to do so again. The best option is to fly, a return flight from Arusha will set you back around $1,000US, so this needs to be accounted for within your budgeting. 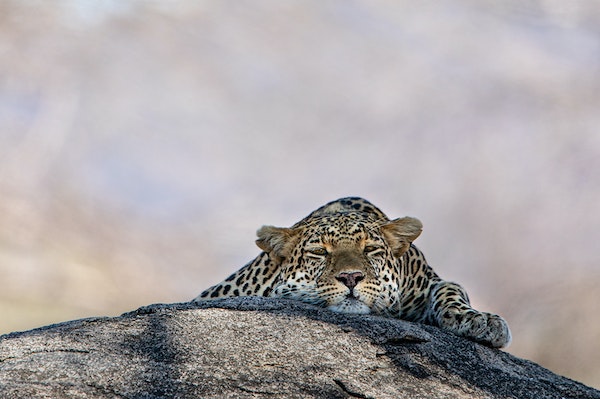